Why The Future Of Coaching Is Digital 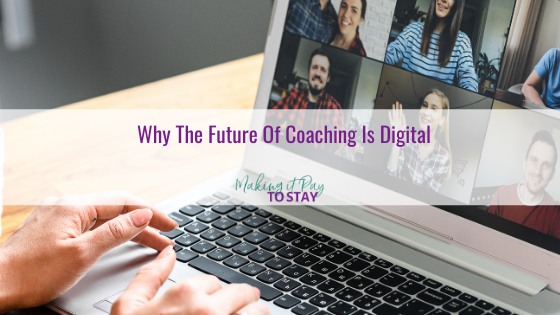 One of the most important things for any professional working in the modern world to consider is the ways in which they are developing and pushing their career forward. After all, the modern world moves at such an incredible pace that it’s often a very common issue for many people to end up in a position where they find themselves being outpaced by it and left in the dust.

One of the best options to help to keep your professional development moving forward is coaching. From those in leadership roles to those who are trying to push themselves to the next level of their career, there are always things to learn and coaching is one of the very best ways to provide that push that so many people need.

The issue is that a lot of people can be somewhat unsure about the idea of being coached. There are a lot of reasons for this. For some it’s that they aren’t really confident in having the way that they do things adjusted by someone else, no matter how carefully they do it. For other people it may be that they’re used to being the one in charge and the idea that they are doing something in a way that isn’t ideal for their business is something they’re not ready to face.

That’s why digital coaching is such a significant development. It helps to make coaching easier, more effective, and more easily integrated into day-to-day life. The following infographic shows just why the future of coaching is digital.